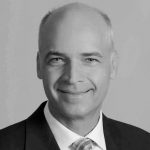 Klaus Veitinger, MD, PhD
Chairman of the Board

Klaus Veitinger, M.D., Ph.D., is Chairman of the Board of Neurogastrx and a Venture Partner with OrbiMed. During his prior 16-year pharmaceutical career, Dr. Veitinger held senior management positions in drug development, licensing and business development, strategic planning and M&A, as well as general management. Most recently Dr. Veitinger was a Member of the Executive Board of Schwarz Pharma AG and the Chief Executive Officer of Schwarz Pharma Inc. with responsibility for the U.S. and Asia businesses culminating in the ultimate sale of the Schwarz Group. Dr. Veitinger has served and currently serves on the boards of several private and public companies in the life sciences sector. For seven years he was a Director of PhRMA. Dr. Veitinger received his medical degree and his doctorate (Ph.D.) from the University of Heidelberg. He earned his M.B.A. at INSEAD in France. 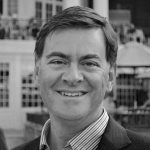 Jim brings to Neurogastrx decades of biotech industry experience, and more than 10 years in gastrointestinal drug development and commercialization with the IBS product LINZESS® at Ironwood Pharmaceuticals. Among Jim’s notable contributions are numerous LINZESS deals he closed in the US, Europe, Japan and China. Prior to joining Ironwood, Jim was Vice President, Corporate Development for Cozint Interactive, one of the first on-line market intelligence companies. Jim began his biotech career at MPM Capital, where he focused on business development transactions for emerging biotech companies. He has a Bachelor of Science in Pharmacy from the Massachusetts College of Pharmacy. 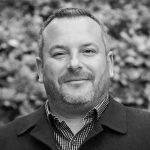 Cyril, a Neurogastrx co-founder, has more than 20 years of drug development experience, having led multiple programs from IND submission to late-stage clinical development. Before Neurogastrx, Cyril led the division at Kinemed responsible for advising global and venture backed pharmaceutical companies on neuroscience drug development programs. Prior to Kinemed, he led clinical development programs targeting neurological disorders at Jazz Pharmaceuticals and served as a senior research scientist at Amgen and Roche Pharmaceuticals. These experiences led him to explore the role of the enteric nervous system in GI conditions, such as gastroparesis, the focus of our NG-101 development program. Cyril has a Master of Science in Pharmacology and a doctorate in Neuroscience from the University of Montpellier in France. 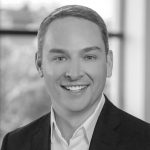 David Allison, Ph.D. has been a venture capital investor since 2006 and is currently on the investment team at 5AM Ventures in San Francisco. He was previously at firms including Versant Ventures, Split Rock Partners and PTV Sciences. During his career, David has been involved with companies such as Aprea, Crinetics, Holaira, Ardian (acquired by Medtronic), Histogenics (Nasdaq: HSGX), RF Surgical (acquired by Medtronic), and Twelve (acquired by Medtronic). David also spent time with SurModics in its diagnostics and drug discovery business unit and as a NSF Research Fellow at The Cleveland Clinic Foundation’s Heart Valve Laboratory. David received a Ph.D. in Bioengineering from Rice University and a B.S.E. in Biomedical Engineering from The University of Iowa. 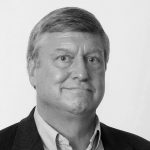 Kevin Koch, Ph.D., is the President and CEO of Edgewise Therapeutics and a Venture Partner with OrbiMed Advisors, LLC. Dr. Koch has been active in the life science industry for 25+ years with a focus on drug discovery, translational medicine and clinical development. Dr. Koch was formerly the Senior Vice President of Drug Discovery: Chemical and Molecular Therapeutics at Biogen where he managed global drug discovery and biomarker development as well as the immunology and hematology teams. From 1998-2013, Dr. Koch served as the President, Chief Scientific Officer, Board member and Co-Founder of Array BioPharma, Inc. While there, he built a fully integrated R&D team that oversaw the invention of over 20 clinical development candidates in the multiple therapeutic areas. Prior to Array, Dr. Koch held senior positions at Amgen Inc. and Pfizer Central Research. Dr. Koch received a B.S. in Chemistry and Biochemistry from State University of New York, Stony Brook, and his Ph.D. in Organic Chemistry from University of Rochester. He is the co-author or inventor of multiple patents and publications. Dr. Koch currently serves on the boards of MiRagen Therapeutics and Encycle Therapeutics and consults with several life science companies. 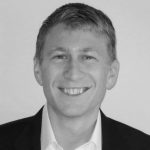 Aaron Royston, M.D., M.B.A. is a Partner at venBio with a background in life science investing, healthcare strategy, and as an entrepreneur. Dr. Royston previously led venBio’s Fund II investment into Apellis Pharmaceuticals and currently serves as a director on the boards of Impel NeuroPharma, Menlo Therapeutics, Harmony Biosciences and Neurogastrx.

Prior to joining venBio, Dr. Royston was a member of the investment team at Vivo Capital, a life science venture capital firm. While at Vivo, he was involved in the firm’s investments in Biotie Therapies (Nasdaq: BITI, acquired by Acorda), RegenxBio (Nasdaq: RGNX), and Crinetics Pharmaceuticals, among others. Previously, he worked at Bain & Company, where he advised biotechnology companies on a range of strategic and operational issues. Earlier in his career, Dr. Royston coordinated clinical research at Mount Sinai Medical Center, where his research has been published and presented in multiple medical journals and conferences.

Dr. Royston received his B.S. in biological sciences from Duke University, and his M.D. and M.B.A. degrees from the University of Pennsylvania. While a student, he founded and launched a technology company that was acquired after receiving multiple awards and funding from the New York City Economic Development Corporation. In 2010, Dr. Royston was recognized by the United States White House as a Champion of Change for his work in Technology and Innovation. Dr. Royston is active in the community and currently serves on the board of SFBWS, an environmental non-profit authorized by Congress to support the education, interpretation, and research of the U.S. Fish and Wildlife Service.