NG101 is a potent, selective and peripherally restricted dopamine D2 receptor antagonist under development for the treatment of gastroparesis. Neurogastrx has generated preclinical data indicating that in addition to its potent antiemetic properties, NG101 is also expected to significantly increase gastric motility, conferring NG101 an ideal pharmacological profile for the treatment of gastroparesis.

The only approved therapy for gastroparesis in the US, metoclopramide, is a D2 antagonist developed several decades ago and has significant neurological side effects due to its interactions with a variety of receptors throughout the brain. These CNS toxicities have resulted in a black box warning limiting its use to 12-weeks. However, the lack of effective therapies have made it the only option for many patients.

Also, NG101 and its major metabolite are substrates of P-Glycoprotein, an important protein of the cell membrane that pumps many foreign substances out of cells, including preventing them from crossing the blood-brain barrier. This important characteristic of NG101 makes central nervous system adverse events unexpected.

Preclinical data shows that NG101 has the potential to be an improvement over the current standard of care as it does not cross the blood-brain-barrier and does not alter cardiac rhythm, another concern for products in this class. These features may provide safety and tolerability advantages over existing marketed products. 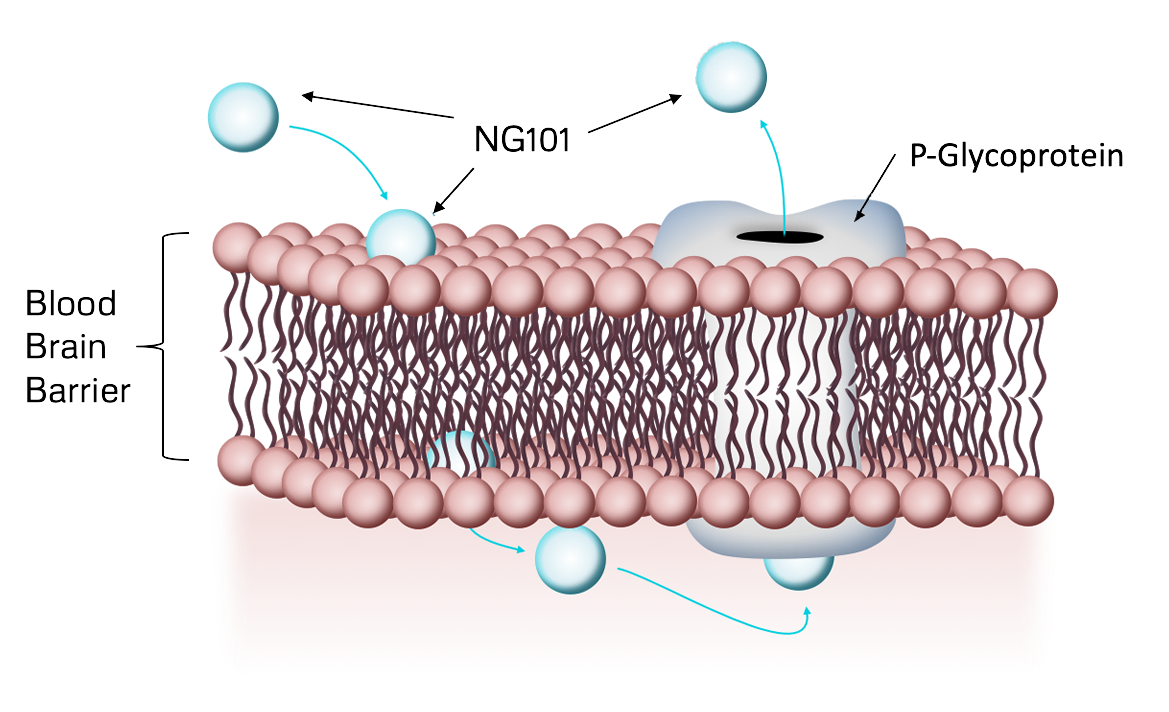